this is a historic moment! at 9:22 a.m. on june 17, 2021, shenzhou xii manned spacecraft was successfully launched from jiuquan satellite launch centre (jslc), sparking celebrations across the country and excitement across china. originwater, the "china's space industry partner", was invited to witness this incredible moment of magnificence and national prestige as the only representative of the water purification industry. 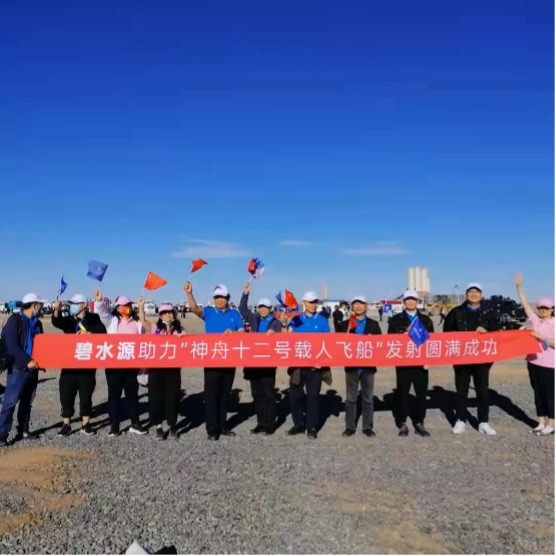 it was china's 19th manned space mission since the launch of the manned space program and the first manned space mission during the space station phase. after the spacecraft enters orbit, it will conduct autonomous and rapid docking with tianhe core module in accordance with predetermined procedures. during their time in space, the astronauts will be stationed in the tianhe core module and stay in orbit for three months to carry out operations assisted by robotic arms and undertake extravehicular activities. besides, they'll observe the long term effects of stay in orbit and verify a series of key technologies such as regenerative life support.

it is chinese people's dream and an ongoing pursuit to explore the vast universe, develop the space industry and build china into a space power. the health of spaceflight personnel is closely related to the development and growth of china's space industry. to address the problem of healthy drinking water for spaceflight personnel, originwater has provided technology that generates safe and healthy drinking water during their stay in orbit.  it shows originwater's concern about astronauts' health and the mutual recognition and appreciation of the two sides in advanced and sophisticated fields. as a benchmarking enterprise in the water purification industry and the pioneer of healthy drinking water, originwater has always been driven by scientific and technological innovation and regards technology and quality as the lifeline of the enterprise, which is highly consistent with the rigorous innovation spirit of china aerospace. originwater has cooperated with china aerospace science and technology corporation (casc) many times and was not only the equipment supplier for the yuegong-1 water circulation system but also provided safe and healthy direct drinking water service for xichang satellite launch center (xslc), wenchang spacecraft launch site and shanghai space 802 institute. in addition, according to astronauts' water environment and drinking habits, originwater provided customized healthy drinking water solutions to meet the needs of astronauts in a variety of scenarios and ensure their health. 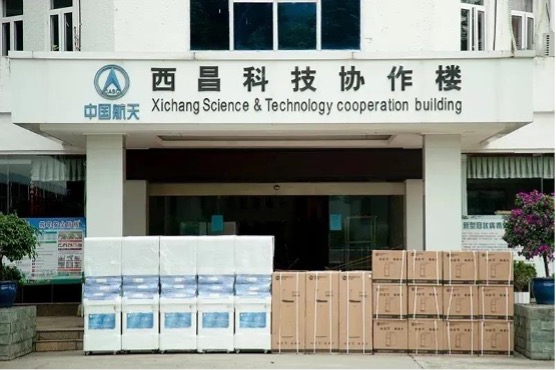 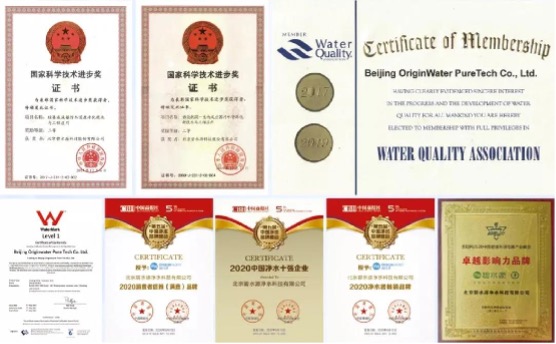 in the field of water purification, originwater has independently innovated and developed a new generation of low-pressure selective nano filter elements after years of technological breakthrough, which can not only remove harmful substances such as bacteria, viruses, organic pollutants, heavy metals in water but also retain minerals such as potassium, sodium, calcium and magnesium that are beneficial to the human body. the effluent water quality meets the water quality standard for healthy direct drinking water (t/bjwa 001-2021). therefore, originwater guarantees the safety of drinking water and pays more attention to the health of drinking water. it promoted the leapfrog development of water purification technology from microfiltration and ultrafiltration to ro reverse osmosis and nanofiltration, which has a milestone significance in the industry.

embrace oceans of stars and carry forward the spirit of spaceflight. in the future, originwater will, as always, integrate the rigorous and innovative aerospace spirit into every development link of the enterprise, continue to explore new technologies, develop new products, protect the healthy drinking water of astronauts with high quality and healthy water, and contribute to the development of aerospace industry and the construction of space power.