guangdong and aichi are both major manufacturing giants, leading the country in industry, science, and technology.

the formal signing of the agreement marks a new historic starting point in the friendly relations between the two sides. ma xingrui hopes to further promote bilateral exchanges and cooperation in the fields of economic and trade exchanges, advanced manufacturing, scientific and technological innovation, ecological and environmental protection, cultural tourism and humanistic education, as well as to deepen cooperation potential and expand cooperation areas so as to achieve mutual benefit and win-win results.

hideaki ohmura said he hopes to further expand economic and trade exchanges with guangdong on the basis of existing cooperation, strengthen cooperation in scientific and technological innovation and advanced manufacturing, promote personnel exchanges between the two sides, and push forward pragmatic exchanges and cooperation in various fields to a deeper level. 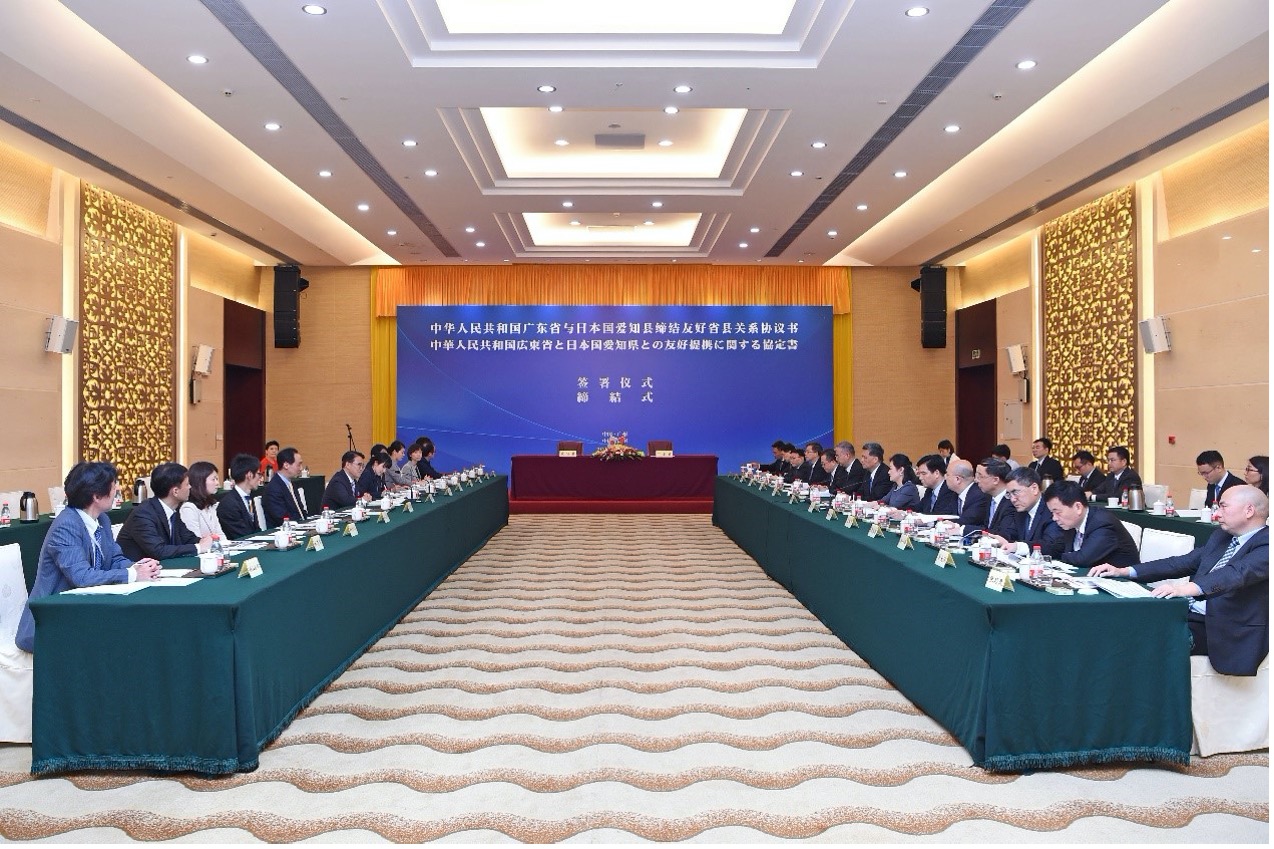 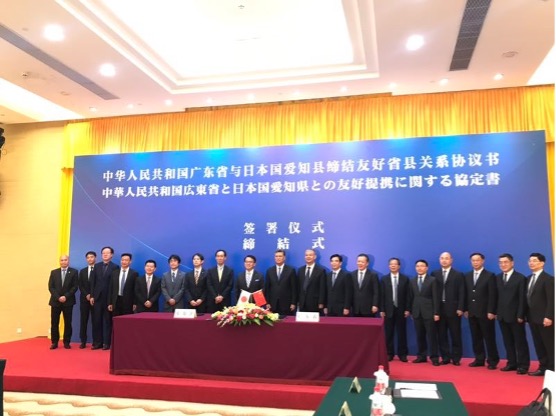 the governor of aichi prefecture met with private enterprises of the guangdong-hong kong-macao greater bay area.

he expected icap to play a more important and active role in the future cooperation between guangdong and aichi. hiroyuki itoh, director of the bureau of economic and industry and other heads of relevant departments attended the meeting. sun zhiyong, deputy consul-general of consulate-general of the people’s republic of china in nagoya and yue qian, commercial consul attended the meeting. 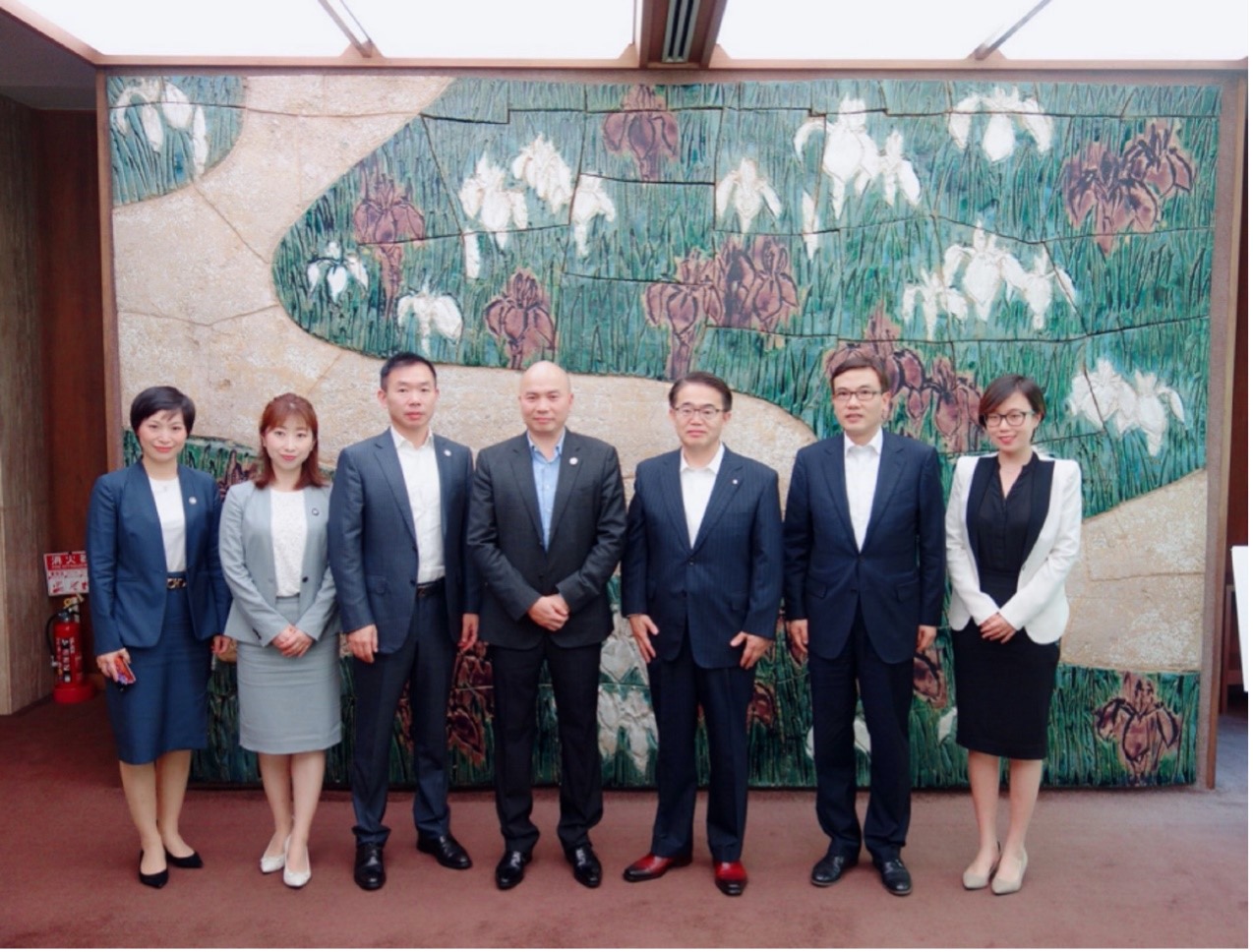 liu xiaojun, consul-general of consulate-general of the people’s republic of china in nagoya met with zhang chaomin, chairman of icap

after the introduction of icap by zhang chaomin, liu xiaojun exchanged views on promoting the cooperation of the health care industry between guangdong and aichi after the signing of friendly relation between the two areas.

zhang chaomin, chairman of icap accompanied by sun zhiyong, deputy consul-general and met with hideaki ohmura, governor of aichi county on the same day.(reprinted from consulate -general of the people’s republic of china in nagoya home page)

aichi-ken, located in the central region of honshu, japan, is part of the nagoya metropolitan area, one of japan’s three metropolitan areas. aichi county office is located in nagoya city. as an important hub of east-west transportation in japan, aichi county has been an industrial concentration place since ancient times. it is dominated by the industrial economy and is known as the manufacturing centre of japan. since 1977, the county’s industrial products value have been listed in the first place in japan, among which the transportation machinery is the most prominent. the world-famous toyota vehicle factory is located in aichi county.

the chinese consulate-general in nagoya was established in september 2005 and has jurisdiction over six counties in central japan, including aichi, gifu mie fukui, toyama and ishikawa. it covers an area of 34,000 square km, about 9% of japan’s total area. the population is about 14 million, accounting for about 11% of japan’s total population.